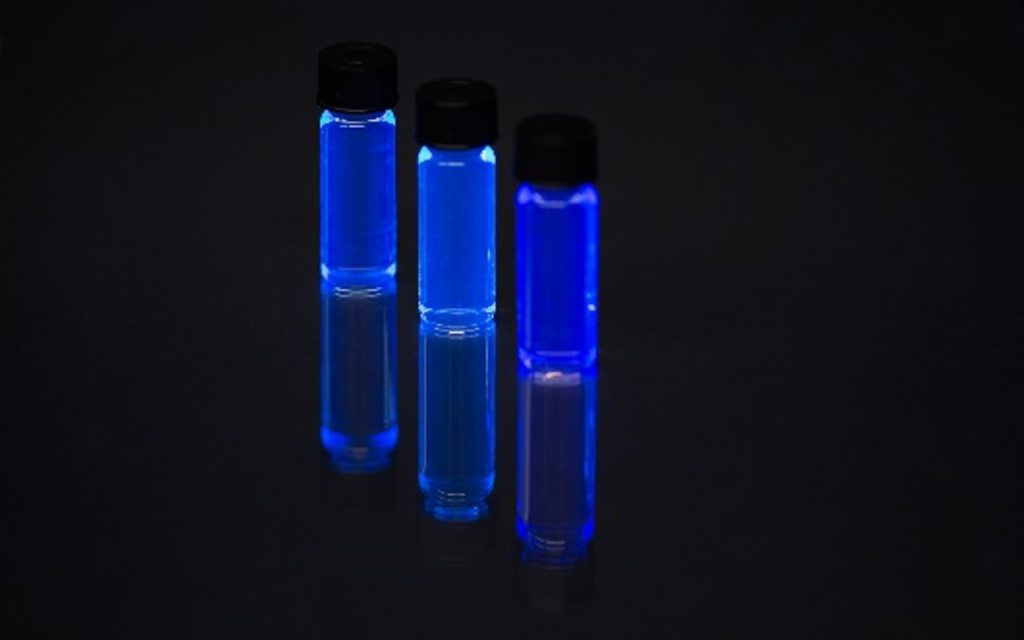 OLEDs are on the way to dominate the display market for TV and mobile applications. But a high-efficiency deep-blue emitter for display is mandatory to reach the full potential of the OLED technology. Current state-of-the-art materials and technologies have been unable to bring such a deep-blue material for many years. CYNORA is leading the development of a new technology: TADF. CYNORA is the first company to demonstrate high-efficiency deep-blue materials for OLED display, which can solve the current blue problem.

“OLED displays request a specific deep-blue material”, says Thomas Baumann, CYNORA’s CSO, “This deep blue is much more challenging than any other color such as sky-blue, green or red. CYNORA is addressing all TADF approaches for deep blue: self-emitting as well as co-emitting.”

“Our strategy is to start with the most challenging material for OLED displays: deep blue. Then we will use our blue know-how to develop the less challenging highly efficient green and red materials rapidly”, says Andreas Haldi, CYNORA’s CMO.

Andreas Haldi will present the newest deep-blue TADF development for displays at the OLEDs World Summit on Wednesday, September 19, 2018.