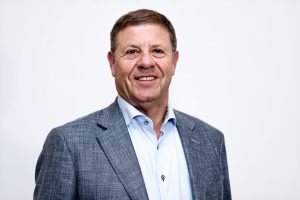 DISPLAYS WEEK, San Jose, Calif., May 2019 – Marking the initial closing of its Series C funding round, CYNORA today announced that it has secured US$25M in financing from investors in Asia, Europe and the US. Germany-based CYNORA is an emerging materials leader with a novel technology to produce ultra-high-efficiency emitter systems required for next-generation Organic Light Emitting Diode (OLED) displays. The company has raised US$80M since its inception in 2008. Final closing of the C round with an additional investment is expected shortly.

In a related move, CYNORA appointed Adam Kablanian as Chief Executive Officer (CEO). Kablanian joins the company as part of the C round. He succeeds Gildas Sorin who led the company through R&D and early customer engagements. Sorin will remain at CYNORA during the transition. Kablanian previously led several Silicon Valley-based public and privately-held companies, bringing complex technologies to market and building large infrastructures to support global customers. They include Virage Logic, an embedded memory leader he co-founded and took public before it was acquired by Synopsys. He also led PlasmaSi, an OLED encapsulation company acquired by Aixtron.

A Syndicate of Global VCs and Strategic Investors

The new Series C investors include: SRF Partners Group LLC (SRF), a US fund that includes financing from a Korean technology corporation; DBOLED LLC, a US fund, and SBI Cross-Border Advantage Fund, based in Korea. Existing investors also participated in the round. They include: MIG Funds, a leading German VC firm, and Wecken & Cie, based in Switzerland. Previous investors include LG Display and Samsung Venture Investment Corp.

Dan Rubin, a partner with SRF, joins CYNORA’s board.

The funds will be used to build a worldwide infrastructure to support the production, sales and support of CYNORA’s Thermally Activated Delayed Fluorescence (TADF) materials for next-generation OLED displays. TADF materials will radically improve the efficiency of blue emitters, which are currently the performance-limiting components of the OLED device. Boosting the efficiency of blue emitters is a top priority for display manufacturers. Not only can ultra-high-efficiency blue emitters slash power consumption by up to 50 percent, they can also reduce the manufacturing costs. CYNORA’s proprietary TADF blue emitter solution, now nearing commercialization, has the proven capability to enable low-power advantages, with performance metrics that lead the industry.

Kablanian, a multi-time technology company CEO, will lead CYNORA from the company’s HQ in Germany. Throughout his career, he has built several successful global companies around disruptive science-based technologies, creating value for customers and shareholders. With Virage Logic, he took a pioneering semiconductor memory design IP solution to the global market, breaching commercialization barriers and enabling marquee customers with a differentiated embedded memory technology.

As CEO of PlasmaSi, Kablanian entered the OLED industry as the new display technology seized the lead over LCDs as the preferred choice for smartphones. Today, the trajectory for OLEDs continues. Display Supply Chain Consultants (DSCC) predicts that the market for OLED displays will nearly double in size over the next four years, soaring from US$28.7B this year to US$52B in 2023.  Beyond offering spectacular pixel quality on smartphone displays and TVs, OLED technology also enables radical new form factors, like foldable and roll-able devices. CYNORA’s technology is an essential contributor to the sustained innovation.

Kablanian holds a B.A. in Physics from the University of California at Berkeley and an M.S. in Electrical Engineering from Santa Clara University in California.

“We’re pleased to welcome the new investors to CYNORA. As a longtime investor, we have watched the company become a valued OLED industry player under Gildas’ stewardship. We appreciate his commitment to CYNORA’s success. We are fortunate to attract an executive of Adam’s caliber to lead CYNORA. He brings significant expertise in productizing complex technologies and growing international startups with an emphasis on partnering and customer relationships. We look forward to working with him and the executive team to continue the exceptional progress of this venture.”

“SRF selected CYNORA to make its first investment in the display industry. Displays are the interface between consumers and information so there’s relentless innovation to improve the viewer experience and drive penetration into new applications. OLED is the future of display technology. It can radically reduce power consumption and give shape to flexible, foldable and even roll-able devices. Our investment focus is on critical technologies that enable this ecosystem. That’s why we’re delighted to support the CYNORA team.”

“Helping emerging technology companies become market leaders is my passion and my forte. And when the technology promises meaningful innovation for an industry as large as information displays, it’s especially exciting. That’s what drew me to CYNORA. There’s work to do to fulfill customers’ demanding specs for their next-generation OLED displays. But our roadmap is aggressive, our talent is strong, and our financials are solid. I’m grateful for the opportunity to lead this next phase of CYNORA’s growth.”

At Display Week in San Jose, Calif., CYNORA executives will present the latest developments on its TADF technology in three talks at the conference. Hosted by the Society for Information Display, the conference is the premier gathering of executives from the global display ecosystem.