Opening Ceremony of the new facilities 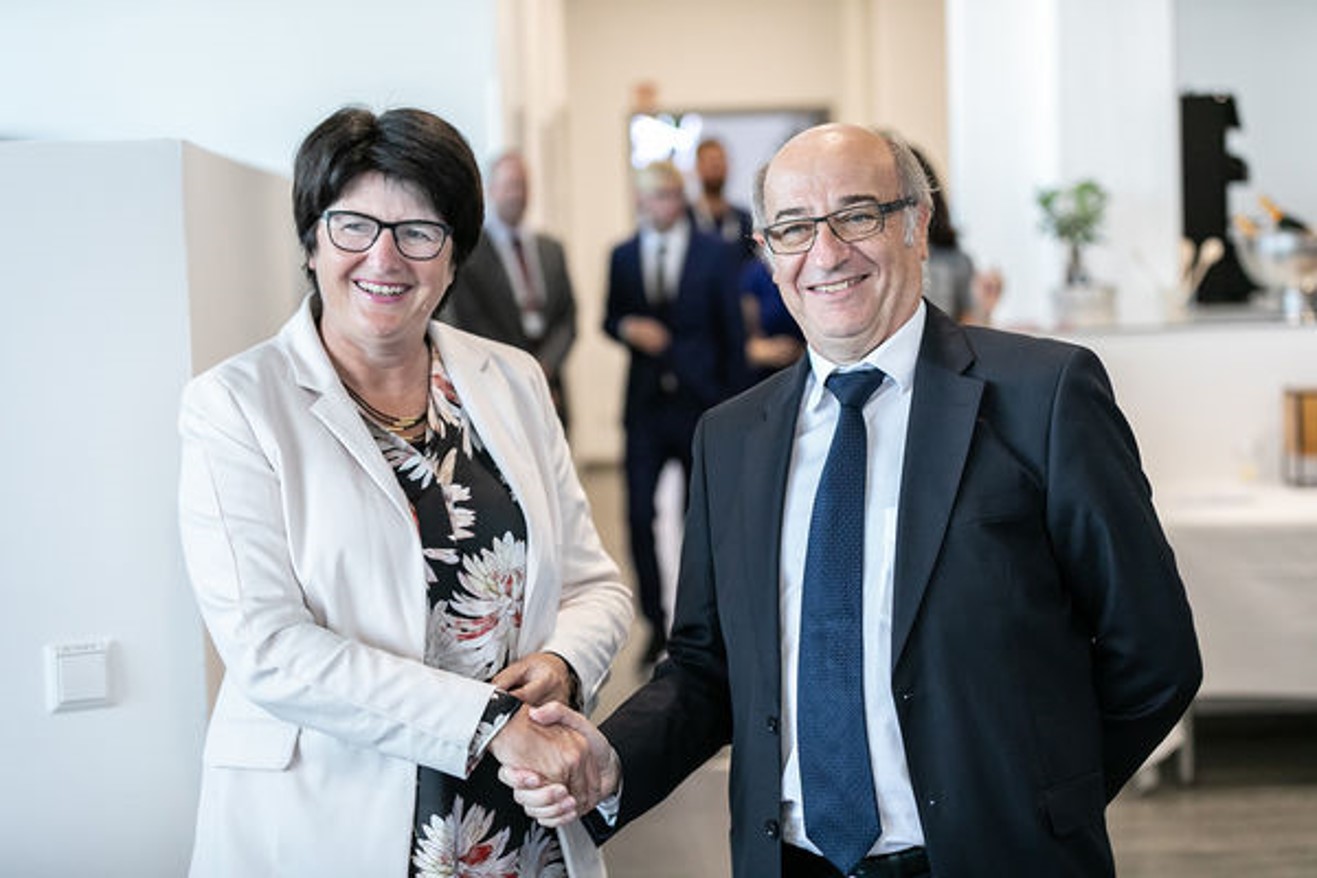 Due to fast progress and focus on industry needs, CYNORA tripled its team and went from 23 employees end of 2015 to 112 begin of September 2018. This growth has been mandatory to face the complexity of the TADF technology and to keep CYNORA in a TADF-leadership position. However, the biggest TADF team requests appropriate tools and facilities. Begin of 2018, CYNORA started to build up newer and bigger lab and office facilities.

According to CYNORA’s plan, the company opened new lab and office area for its team by end of August. CYNORA doubled the space of its facilities from 2000 to 4000 square meters, increased dramatically the number of fume hood and acquired new deposition tools for enhancing CYNORA’s test capacity.

During the official ceremony last week, Gildas Sorin with mayor of the city Bruchsal, Mrs. Petzold-Schick, cut the symbolic red ribbon and opened the new part of CYNORA’S facilities. This official event joined CYNORA’s shareholder, partners and experts from OLED industry and academia.

With the new facilities CYNORA can speed-up its development and commercialization of deep-blue TADF emitter for Next-generation OLED displays. With the current expansion, CYNORA has enough capacity to develop green and red TADF emitters as well.