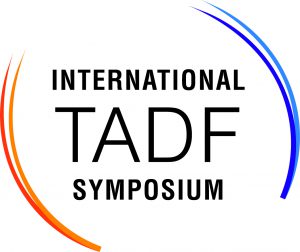 On September 7th, CYNORA hosted a TADF symposium in Frankfurt, Germany. Approximately 150 attendees from Europe, Asia and the US attended the event.

While there were many experts from academia, there were also plenty of guests from the OLED and the general display industry as well as some financial analysts that wanted to get more information about this exciting new technology.

The keynotes of the event were delivered by LG Display and Samsung Display who showed their plans for the next-generation OLED displays. Both speakers from these major OLED panel producers pointed out that they really need a high-efficiency blue emitter and that they see a good potential for TADF emitters to deliver the required specifications. TADF blue emitters seem to be such a major topic for LGD and SDC that both speakers also asked for closer collaborations with them on that topic.

The symposium closed with a presentation by CYNORA where an update on their development for blue TADF emitter was shown. The company has made more progress towards their goal to commercialize their first product by the end of the year. There is still some improvement of the lifetime and of the color needed to reach the panel maker´s specifications, but CYNORA claims that they are still on track towards this target.